Home of the Bulldogs

Welcome to Band and Choir! 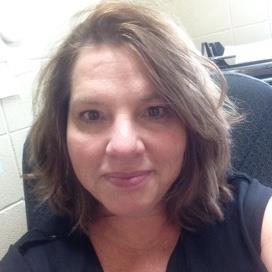 Dr. Caraway grew up in Greenfield, Missouri and graduated valedictorian of her class.  She began her musical career at Missouri State University (then, SMSU) but after a year and a summer dropped out of college to get married and start a familiy.  Ten years and four children later, she returned to Arkansas State University to complete her Bachelor's Degree in Music Education.  After receiving her degree, Dr. Caraway taught band and choir in the bootheel of Missouri at North Pemiscot R-1 schools and Senath-Hornersville C-8 schools.  In 2002 she went back to Arkansas State University to complete her Master of Music degree and began to teach as an Adjunct Instructor at Arkansas State University.  In 2006, she began her doctoral studies at the University of Mississippi and earned her Doctor of (Musical) Arts degree.  Being tied to the Northeast Arkansas area, she again taught as an Adjunct Instructor at ASU and decided in 2013 to return to the public school system.  Dr. Caraway taught in the Osceola public schools for five years before returning to Missouri to be closer to family.  In addition to her public school teaching, she has taught as a one year replacement as the Assistant Director of Bands at Arkansas State University, and as the Brass Instructor at Arkansas Northeastern College.  She performed with the Arkansas State Faculty Brass for seven years, and performed frequently with the Arkansas Symphony Orchestra in Little Rock. She was a member of the Pine Bluff Symphony, and was the Principal Trumpet of the Delta Symphony in Jonesboro from 2006 - 2018.

Although she will miss her friends in Osceola and Paragould, Arkansas, Dr. Caraway is happy to leave the rice fields and mosquitos and come back home to South Central/Southwest Missouri!